Case StudiesTV gets serious about diversity

The UK independent television sector is making an even greater commitment to diversity on and off the screen with new companies signing up to a ground-breaking training scheme.

The Indie Diversity Scheme was launched in January 2013. Supported by Creative Access, it aims to connect independent production companies with people from under-represented groups. Companies offer a paid six-month internship, giving the hopefuls hands-on experience in areas in a variety of production areas, including social media and second screens, artistic and literary copyright, camera operation, music copyright, storytelling and scriptwriting across platforms, and the freelancing business.

Sophie Duker spent her internship with Hat Trick Productions, starting out as a runner on a comedy pilot for BBC3.

?Talking to people at Hat Trick, I know it?s a really enviable scheme, to just get that grounding for six months. It?s an unprecedented opportunity to learn.?

?Successful shows must reflect the community, and indies have long-recognised the importance of diversity. However, we wanted to make sure we were doing more than just talking about it. Through the Indie Diversity Scheme we have achieved real results, with people who might not have otherwise had the opportunity, now working in the sector.?

The Indie Diversity Scheme is now entering its second year. All seven companies who participated in the inaugural scheme are returning in 2014, with new independent production companies also getting on board.

Maddy Allen, Head of Production at KEO films said signing up to the scheme was an easy decision.

?Keo Films takes diversity extremely seriously, both in our team and our on-screen output. We are keen to encourage people from as many varied backgrounds as possible to enter a career in television and we felt that the Indie Diversity Scheme offered a well-structured and well-supported means to achieve that for people who may not otherwise have had the opportunity or avenues to get into the industry.?

Bella Lambourne, Endemol?s Global Head of Human Resources, said the scheme had given her company access to diverse new talent.

?The chance to collaborate with Pact and the other indies was an opportunity we would never miss. By working together, the breadth and scale of the training we have been able to offer has been taken to a new level. The young talent involved with this scheme are being given the tools to achieve their maximum potential, fast.?

Pact and Creative Access have recruited new trainees for the scheme in 2014 and the industry hopefuls will begin their internships in January.

Find out more about applying to future intakes of the scheme at?Creative Access?and for any queries please contact Joyce@pact.co.uk.

Explore other training and development opportunities available across the industry on our Useful Resources page, along with the wealth of case studies and examples in our Information Hub on?Taking Action. 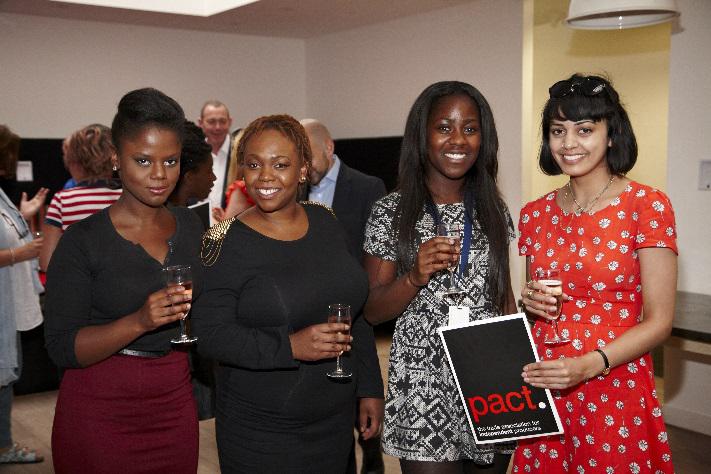