After winning Company of the Year at the CDN Awards in 2012, Acme Films Creative Director, Jaimie D?Cruz reveals how Acme leads on diversity and how it all stems from taking a risk on the unknown.

I started Acme in 2011 because I wanted to make TV which felt like it was coming from a slightly different place, reflecting more diverse realities and experiences than those which are more usually portrayed. Basically it didn?t make sense for us to try to make the kinds of programmes which are already being made, but obviously that?s a tricky starting place because ultimately you are asking people to take a risk on the unknown.

Diversity isn?t a specific policy at Acme; rather it comes from who we are and what we do. Our team has a wide and diverse range of experiences and contacts and that is what informs our ideas. To be honest most of the stories we want to tell are stories which are actually quite close to us and which reflect our own experiences, interests and knowledge. Having the stories and the contacts is only half the battle though; to bring them to life we need to build relationships with commissioners so that they have confidence in us and our ability to deliver. People tend to like what they know of course, so it can be a hard sell but unless you can find people who will take a risk on your ideas that?s all they will ever be ? ideas!

Innovation and creativity are fundamentally dependent on a willingness to take risks, but the television industry doesn?t really encourage risk taking ? there?s a lot of commercial pressure on getting ratings and that can stifle creativity because the perception is often that what has worked before will work again. I guess our job is to spot the people and the places where risk is possible ? and then push as hard as we can.

It is possible to get ideas through and that?s obviously really important, not just for the survival of a business like Acme but for what it says to other people out there who need to see new ideas and new talent coming through. Our new drama series Run which is on Channel 4 in July is written by previously unknown writers from Brixton. They might seem like a risk but ultimately they?re actually just really talented writers who have created great material.

We were of course very proud to win the CDN Company of the Year Award and I hope it did make a difference but it?s quite hard to tell! Hopefully it will open doors for us as the constant challenge for us is to increase the number of people we can pitch ideas to. We need to bring diversity into the mainstream. 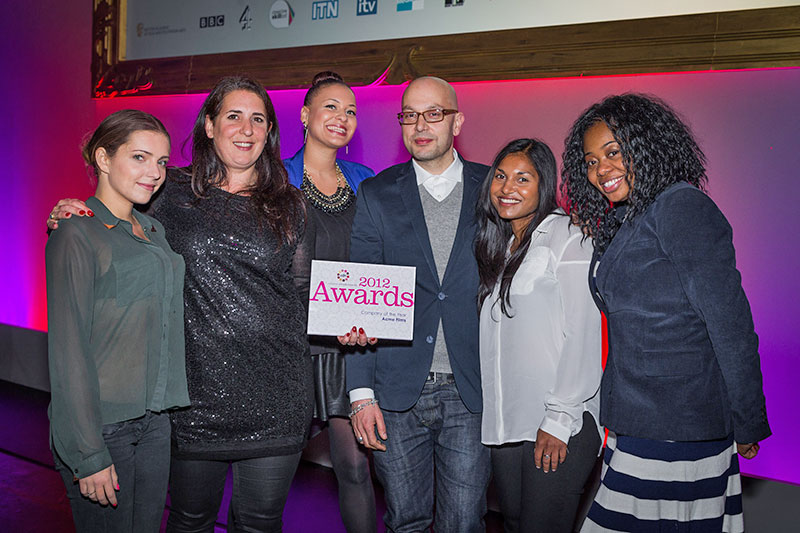